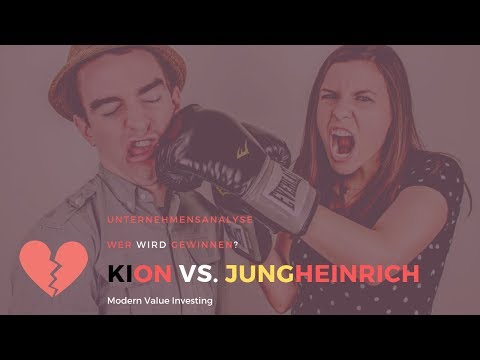 Have you been up to date with major Crypto news from this week?

Large Enterprises Are Betting On Blockchain In 2019

There is a sense of almost detached resignation amid trading desks as we enter the last trading day of a chaotic, volatile week that has whipsawed and stopped out virtually everyone after the Nasdaq saw the biggest intraday reversal since Thursday and pattern and momentum trading has become impossible amid one headline tape-bomb after another.
After yesterday furious tumble and sharp, last hour rebound, US equity futures are once again lower expecting fresh developments in the Huawei CFO arrest and trade war saga while today's payroll report may redirect the Fed's tightening focus in wage growth comes in hotter than the 3.1% expected; at the same time European stocks have rebounded from their worst day in more than two years while Asian shares posted modest gains as investors sought to end a bruising week on a more upbeat note. While stock trading was far calmer than Thursday, signs of stress remained just below the surface as the dollar jumped, Treasuries rose and oil whipsawed amid fears Iran could scuttle today's OPEC deal.

The MSCI All-Country World Index, which tracks shares in 47 countries, was up 0.3% on the day, on track to end the week down 2%.
After Europe's Stoxx 600 Index sharp drop on Thursday, which tumbled the most since the U.K. voted to leave the EU in 2016, Friday saw Europe's broadest index jump 1.2% as every sector rallied following the cautious trade in the Asia-Pac session and the rebound seen on Wall Street where the Dow clawed back nearly 700 points from intraday lows. European sectors are experiencing broad-based gains with marginal outperformance in the tech sector as IT names bounce back from yesterday’s Huawei-driven slump.

Technology stocks lead gains on Stoxx 600 Index, with the SX8P Index up as much as 2.3%, outperforming the 1.1% gain in the wider index; Nokia topped the sector index with a 5.9% advance in Helsinki after Thursday’s public holiday, having missed out on initial gains from rival Huawei’s troubles that earlier boosted Ericsson. Inderes said the arrest of Huawei CFO over potential violations of American sanctions on Iran will benefit Nokia and Ericsson, who are the main rivals of Huawei and ZTE. Similarly, Jefferies wrote in a note on Chinese networks that China may have to offer significant concessions to buy Huawei an “out of jail” card and reach a trade deal, with China’s tech subsidies and “buy local” policies potentially under attack. "For example, why would Nokia and Ericsson have only 20% share in China’s 4G market," analysts wrote.
Meanwhile, energy names were volatile as the complex awaits further hints from the key OPEC+ meeting today. In terms of individual movers, Fresenius SE (-15.0%) fell to the foot of the Stoxx 600 after the company cut medium-term guidance, citing lower profit expectations at its clinics unit Helios and medical arm Fresenius Medical Care (-7.8%). The news sent Fresenius BBB- rated bonds tumbling, renewing fears of a deluge of "fallen angels." On the flip side, Bpost (+7.5%) and Tesco (+4.8%) are hovering near the top of the pan-Europe index amid broker upgrades.
Earlier in the session, Japanese equities outperformed as most Asian gauges nudged higher. MSCI’s broadest index of Asia-Pacific shares outside Japan nudged up 0.2%, though that followed a 1.8 percent drubbing on Thursday. Japan’s Nikkei added 0.8 percent. Chinese shares, which were up earlier in the day, slipped into negative territory with the blue chips off 0.1 percent.


E-Mini futures for the S&P 500 also started firmer but were last down 0.4 percent. Markets face a test from U.S. payrolls data later in the session amid speculation that the U.S. economy is heading for a tough patch after years of solid growth.
Will the last employment report released this year (the December report comes out in early January) help markets to continue to form a base? The consensus for nonfarm payrolls today is for a 198k print, following the stronger-thanexpected 250k reading last month. Average hourly earnings are expected to rise +0.3% mom which should be enough to keep the annual reading at +3.1% yoy while the unemployment rate is expected to hold steady at 3.7%. DB's economists are more or less in line with the consensus with a 200k forecast and also expect earnings to climb +0.3% mom, however that would be consistent with a small tick up in the annual rate to +3.17% and the fastest pace since April 2009. They also expect the current pace of job growth to push the unemployment rate down to 3.6% which would be the lowest since December 1969.
Meanwhile, Fed Chairman Jerome Powell confused traders when late on Thursday, he emphasized the strength of the labor market, throwing a wrench into trader expectations the Fed is poised to pause tightening - arguably the catalyst for Thursday's market-closing ramp following a WSJ article which reported Fed officials were considering whether to signal a new wait-and-see mentality after a likely rate increase at their meeting in December.

In a generally quiet overnight session, renewed hopes for a thaw in U.S.-China trade relations at the upcoming G20 summit helped global shares rise to a one-week high on Wednesday, though lingering fears of a no-deal outcome weighed on European bourses. U.S. futures rose, extending on Tuesday's rebound and tracking gains in Asia as investors rekindled their risk appetite before a key speech by Fed chair Powell who many hope will reverse yesterday's hawkish rhetoric by Clarida, and come off as dovish, especially after this morning's report that Steve Mnuchin has been pushing for a shift from hiking rates to balance sheet reduction. The dollar and Treasuries were steady.

While President Donald Trump talked tough on the trade tariffs issue ahead of a meeting with Chinese President Xi Jinping on Saturday, markets focused on comments by White House economic adviser Larry Kudlow, who held open the possibility that the two countries would reach a trade deal. Kudlow’s comments helped Wall Street close higher and allowed Chinese and Japanese shares to rally 1% as the MSCI index of Asian shares ex-Japan gained 0.7%.
The mood however fizzled into the European session, with the pan-European index giving up opening gains to trade flat and Germany’s DAX trading unchanged. Technology companies and retailers were the best performers in the Stoxx Europe 600 Index, which struggled to maintain early gains as a Tuesday report that Trump may soon decide about new taxes on imported cars, still weighed on sentiment, keeping Europe’s auto sector shares 0.6 percent in the red.

Returning from Thanksgiving holiday, US traders who braved record cold temperatures on their office commute are in a sour mood, with S&P futures sharply lower, following the latest sharp drop in Chinese stocks, where as noted earlier the Shanghai composite lost the 2,600 level, tumbling 2.5% to one month lows after the WSJ reported Trump asked allies to boycott China's telecom giant Huawei.

The news dragged Asian shares lower, while Europe was mixed after the latest disappointing PMI which saw German Manufacturing and Services miss expectations, dragging the Eurozone Manufacturing PMI to 51.5, missing expectations of a 52.0 print, a 30 month low and the weakest since print since May 2016, while the composite index tumbled to the lowest level in 4 years in November.

Contracts on the Dow, S&P and Nasdaq all pointed lower, after Chinese equities led regional declines in Asia, with the technology sector weak on concern the U.S. is ratcheting up a campaign against Huawei Technologies. The result was a sharp drop in the Shanghai Composite, which slumped to levels last seen in late October, wiping out the recent rally.

The dollar climbed and the euro reversed earlier gains as data showed German’s growth outlook weakened; the Euro slumped on renewed fears the slowing economy may delay any ECB balance sheet normalization while the pound handed back most of Thursday’s gains. In the latest Brexit news, Tory Brexiteer Iain Duncan Smith stated that the Brexit deal will be killed off by him and his Brexiteer colleagues in Parliament, while he is said to dismiss PM May’s efforts to adopt a tech solution to the Irish border problem and implied it is meaningless, according to ITV’s Peston.

Elsewhere, emerging market currencies and shares fell on renewed China trade concerns. Bitcoin declined and is on course to lose more than 20% this week.
Meanwhile, in commodities, WTI saw another sharp decline through $53, after energy minister Khalid Al-Falih said Saudi Arabia is producing oil in excess of 10.7 million barrels a day, more than in recent years, giving the strongest indication yet that the kingdom has boosted output to record levels. “We were at 10.7-something in October, and we are above that. We will know exactly when the month is over,” Al-Falih said. That said, he added that “we will not flood the market. We will not send oil that customers don’t need. And we’ve started doing that in December, and I expect we’ll continue doing that into the new year.”

The Organization of Petroleum Exporting Countries and allied producers warned earlier this month that oil markets will probably be oversupplied in 2019. Concerns that slower economic growth and a trade war could erode demand for oil are outweighing fears of potential shortages caused by U.S. sanctions on Iranian exports and supply disruptions elsewhere.
As a result, WTI has wiped out all modest gains observed in recent days, and was trading back at 1 year lows headed for its 7th weekly drop.

Cryptocurrencies plunge for the week with Bitcoin still below USD$6,550, forecasters project 54% per annum growth in the Cryptocurrency ATM industry over 5 years and Coinbase explores launching a Bitcoin ETF with BlackRock

What Bitcoin Miners Actually Do